When I am not flying on a outreach, I enjoy being able to sit together with my family for lunch. This was the case on an afternoon in January. We had just finished lunch when our office called me about a Medevac (medical evacuation). I immediately made my way to the hangar to get more information.

A 38-year-old man from the rainforest was seriously ill with malaria.

He had partially lost consciousness and required immediate medical attention, which is only available in the capital. This request had been forwarded to us by MAF (Mission Aviation Fellowship), because although there was a landing strip at the patient’s location, it had been thoroughly saturated by severe rainfall and could not be used by an airplane. The journey would have taken at least three days on foot and by car.

There is not a single rescue helicopter in Madagascar. We are the only organization that makes such Medevacs. The entire Helimission team helped to find a doctor, get the helicopter ready, submit the flight plan, etc. That way, I was able to fly off one hour later with Dr. Justin on board, even though I was worried about the weather as heavy thunderstorms were forecast for the evening. So, we had no time to lose. We finally landed at the village after about an hour’s flight. The entire village had gathered to await our arrival. The patient was quickly hoisted onto a stretcher and we started the return flight. I prayed that the Lord would keep a passage open for us. The weather had deteriorated rapidly, and I was very glad that I had filled enough fuel to fly around bad weather if necessary. I was able to fly from the rainforest directly back onto the high plateau where the capital lies. After we landed, the man was immediately brought to the hospital by car. My prayer is that this man will recover quickly. 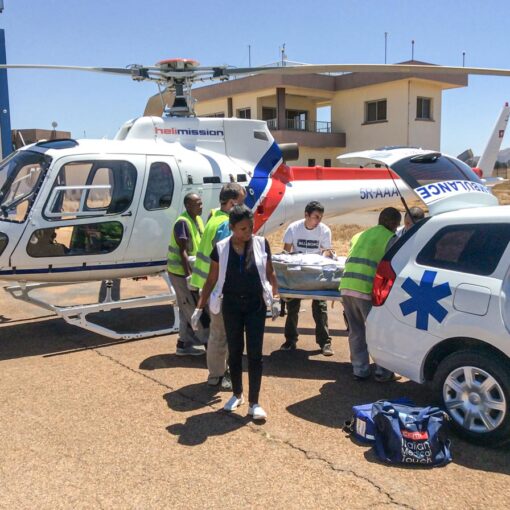 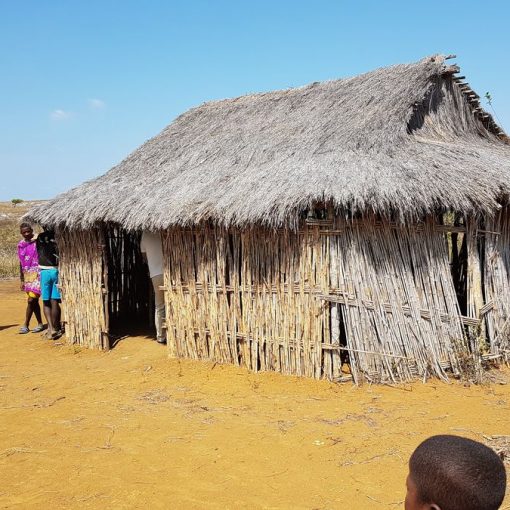 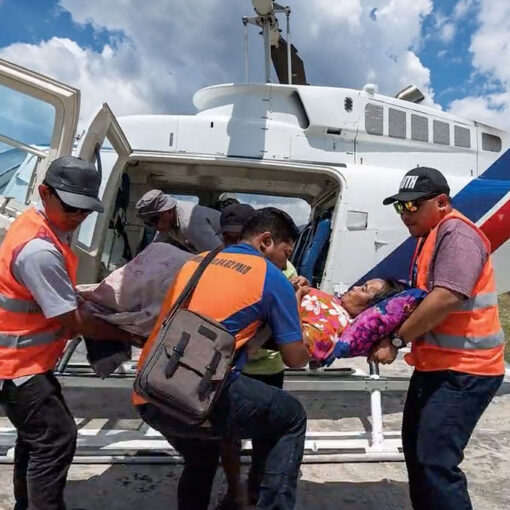 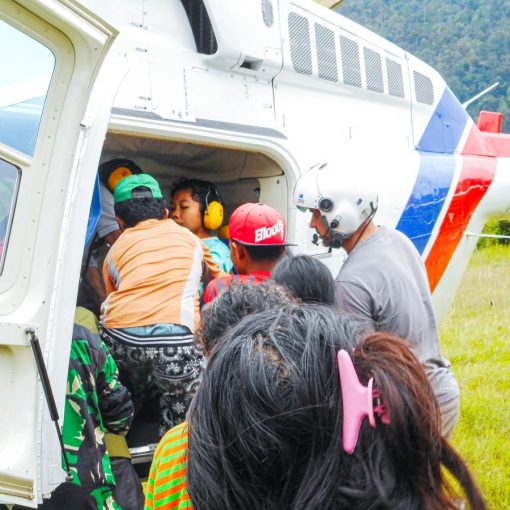